Punters certainly had the upper hand as four winning favourites floored Bookmakers on the final day of the Cheltenham Festival.

The layers were ahead going into Friday – but they were soon on the ropes and running for cover before waving the white flag as result after result went against them.

It came as a surprise to no one that Willie Mullins was the architect of their downfall. The master of Closutton saddled a 1,518-1 five-timer as he took his haul to a record 10 for the week. With Rachael Blackmore winning the Boodles Cheltenham Cup on 3-1 favourite A Plus Tard, punters were in clover.

“Once again the final day of the Cheltenham Festival decided the contest between bookmakers and punters, but in contrast to recent years, this time it was the punters who came out firmly on top thanks to Rachael Blackmore‘s historic Gold Cup win and the Irish maestro Willie Mullins,” said Coral’s David Stevens.

“We may have had the best of the results over the first three days, but on the biggest betting day of the week we had very little to cheer. If offered a fifth day of the Festival right now, I would guess punters would vote a resounding ‘yes’ while the layers would not be so keen.”

Paddy Power spokesman Paul Binfield said: “A Willie Mullins-inspired comeback with five winners on Gold Cup day and a very public gamble on Rachael Blackmore in the blue riband meant backers played out an exciting score draw with the bookies over the week.

“The layers went into the final day with quite a lead, but four favourites and a seven-figure pay out on A Plus Tard resulted in punters getting off the canvas and putting up a hell of a fight to force a split decision.”

The writing was on the wall when Vauban (6-4 favourite) gave Mullins a flying start with victory in the opening JCB Triumph Hurdle. When State Man (11-4 favourite) lifted the 26-runner in the McCoy Contractors County Handicap Hurdle, the bookmakers were in trouble. The Nice Guy (18-1) gave Mullins a hat-trick in the Albert Bartlett Novices’ Hurdle when beating his better-fancied stablemate Minella Cocooner (9-2).

If the layers thought things could not get much worse, they did when A Plus Tard (3-1 favourite) reversed placings with his Henry de Bromhead stable companion Minella Indo in the Gold Cup from 12 months ago.

It was desperation stakes when Billaway (13-8 favourite) came from the clouds to grab the St James’s Place Festival Challenge Cup for the Mullins team.

Heads must have been in hands when Elimay (9-4) made it a nap-hand for Mullins in the Mrs Paddy Power Mares’ Chase and Joseph O’Brien’s Banbridge (12-1) made it 7-0 on the day for Irish trainers in the concluding Martin Pipe Conditional Jockeys’ Handicap Hurdle.

William Hill spokesman Tony Kenny said: “It’s all gone the punters’ way. When you have four big-name favourites winning on Gold Cup day and a jolly winning the big race itself, it’s going to be painful.”

“Vauban, A Plus Tard, State Man and Mares’ Chase second-favourite Elimay were also horses that had been wrapped up in huge-priced multiples, some of which have settled at monster odds and left a number of customers celebrating six-figure wins.” 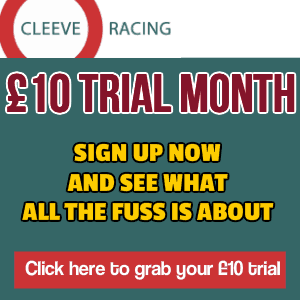